Wood destroying organisms are plants or animals that destroy wood that we use to build structures, structural components or furniture. Termites, powderpost beetles, wood-boring beetles, carpenter ants, and carpenter bees are just a few examples of insects that will attack structures. Some eat the wood as a food source while others simply damage the wood while making suitable nesting areas. Some types of fungi such as brown rot, white pocket rot, dry rot, and water-conducting fungus (Poria incrassata) will also attack structures and are then considered wood destroying organisms. Most if not all wood destroying organisms require a professional pest managment company be involved for effective control.

Termites are important structural pests due to the fact that they attack the wood that we use to build structures and furniture with, as a food source. In the United States alone, it is estimated that termites are responsible for over 3 billion dollars worth of damage to structures every year. Termites are grouped into subterranean and non-subterranean termites. Subterranean termites live in the ground and the others may not. The non-subterranean groups are divided into drywood and dampwood termites. These termites are found in areas where there are tropical type climates such as Florida, California and Hawaii, as well as along the coast of all the states that border the Gulf of Mexico. The subtereranean termites are found in most every state except Alaska, with the Southeast U.S. having the heaviest concentration of any other region of the United States. Controlling termites requires an understanding of termite biology and behavior as well as an understanding of building contruction. Professional pest management companies are equipped to control termites found in structures with a variety of techniques and equipment. A thorough inspection is the first step in determining if you have termites, and should be performed by a professional pest management company.

As the name implies, these termites are found in the soil, from where they invade any structure not adequately protected from attack. In the early parts of the year, when the temperature begins to approach 70 degrees or higher and after rain, swarming activity consisting of hundreds or thousands of winged kings and queens may be noticed inside structures. This is usually the first signs of termites being in the structure and possibly causing damage which may be hidden from view. The damage caused to wooden components is done by the workers of the colony which are white or cream-colored and possess no wings.

Drywood termites, unlike subterranean termites, need less moisture and can be found in the upper portions of homes such as the attics, eaves and soffit areas. Most colonies have less than a thousand individuals, so the damage they do is not as great as subterranean termites. However, if they go unnoticed for years, they can do substantial damage in the areas they are infesting. They produce distinctive fecal pellets which are kicked out of the galleries as they tunnel in the wood. These pellets are one of the first noticeable signs of infestation. 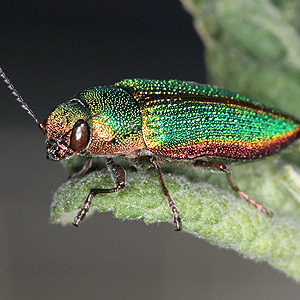 Wood-boring beetles include such beetles as the powderpost beetles, flat-headed wood borers and round-headed wood borers. Although not as common or as damaging to structures as termites, these beetles have the ability to seriously damage wood in some instances. Some of these beetles can reinfest the wood used to build structures and furniture and in this case, damage done can become substantial. Some cannot reinfest but can damage the wood that they are already infesting to a point where the wood loses its structural soundness. Controlling the moisture of the wood or in the area where the beetles are found, may help control the infestation. However, other methods of control are usually needed to ensure the elimination of the beetle larvae, which is the life stage that is doing most of the damage. Direct liquid wood treatments and whole structure fumigations are probably the most common methods of controlling wood-boring beetles. Replacement of the infested wood is also recommended if it can be easily done.

Some beetles are known to cause damage to structures in some areas of the United States. They can damage both hardwoods and softwoods such as floor joists in crawlspaces, hardwood floors, picture frames, wooden tool handles, etc. The damage is done by the immature stage of the beetles and not the adults themselves, even though the adults are the ones that make the “exit” holes which is the first visible signs of an infestation. There are three groups of beetles that make up the category of Powderpost beetles, the Lyctids, the Bosctrichids and the Anobiids. 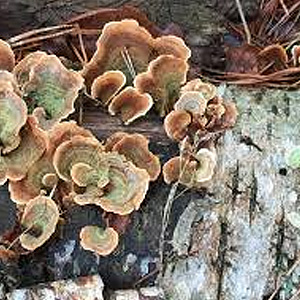 There are some types of fungus that can become destructive to wood used in the building of structures. Brown rot, white pocket rot, water-conducting fungus (Poria incrassata) are all examples of fungi that can attack and destroy wood. In order for these fungi to develop, there must be an elevated moisture condition in an area that will not or cannot be dried out naturally. Crawlspaces in homes are one of the most common areas where these fungi may develop, especially where water is allowed to collect or where water drain pipes or water supply lines leak. If water is allowed to get onto wood members such as floor joists or floor sheathing, fungus can develop very quickly and over large areas. Controlling water leaks or infiltration of water such as rain into a structure, especially around windows, doors, gutters, and roof vent pipes is the best way to prevent wood-decaying fungi from developing. If already present, correcting the cause of the water problem must be accomplished along with an appropriate treatment for the control of the fungi. Direct application of a liquid fungicide such as borates to the fungi and wood members, will help stop and prevent any further or future damage in the treated area.