Are Opossums Dangerous Or Aggressive To Humans?

When you encounter a scary-looking, grayish, rat-like creature in your home or yard and realize this is an opossum, you will immediately look for a way to rid your property of this unwanted guest.

You may also be wondering whether the opossum is actually dangerous, can it get aggressive towards you, or can it do any damage. So read on to find out more!

Are Opossums Aggressive And Will They Attack A Human?

The many sharp teeth that possums are equipped with can make them look scary. But they are typically gentle animals. However, when dealing with a possum, as with any kind of wild animal, you should always exercise great caution.

Opossums are not aggressive and will often run away when interrupted. They will not attack you if you don’t provoke them. But they will be quite happy and prepared to open up their huge mouths and display all their teeth if you provoke them.

As they are not good fighters, this bluff usually works in their favor. These chubby marsupials will generally not fight, but only if they have to. But they will often give a brief display of bravado, punctuated with a loud hissing. The open-mouthed hissing is supposed to intimidate the intruder.

If this strategy doesn’t work, the possum will “play” dead, hence the old famous story of “playing possum”. It has not been proven whether the animal is consciously aware of putting on an act or goes into some kind of nervous shock.

One way or another, a challenged opossum rolls over and pretends to be dead. No matter how much you keep prodding, it will hold perfectly still so as not to reveal itself. However, when the danger seems to have passed, the animal soon takes off with its odd rolling way of walking.

As opossums are mostly nocturnal, the “playing possum” trick is usually seen when it’s caught out during daylight hours and threatened with danger.

During the night, when the possum is in its element, it is not a coward and is usually able to make a good escape or, if cornered, it’s more apt to put up a fight.

Sometimes this animal is willing to stand its ground and display fierceness. It will raise up as high as it can on all four legs, hold its tail straight up over its back and, with a widely gaping mouth, face its enemy. When they are angry and threatened, the most common sound they make is their loud hissing. Their wide, gaping jaws and sharp teeth help frighten the enemies.

The opossum will not attack or harm you or your pet. If a cat or dog knows about the possum, it is probably not a bit bothered. There are even occurrences that an opossum and a cat are eating out of the same bowl together.

However, you should know that not all opossums “play possum” when they see a predator or a hostile human. Even though they are not likely to bite, if they feel threatened and get cornered or captured, they can and will bite. They will also growl, screech, hiss, and exude a smelly green fluid from their rear end in order to defend themselves.

If you try to catch a possum by the tail, or pick up a “dead” possum by the tail and carry it away, you will find that it suddenly comes to life, quickly curls up or climbs up its own tail, and bite the hand that holds it.

People who harass these wild creatures are surprised to discover that they will growl and attack aggressively with a formidable bite. The wound can easily become seriously infected because the animal has a habit to consume all kinds of garbage and carrion.

Also, opossums, just like other animals, don’t want to be bothered while they are eating. They will growl, snap at, or even bite anyone who comes near them at this time.

Most people are turned off by the opossum’s similarity in appearance to that of a big rat. But actually, they are attractive, interesting, and different animals. Possums are also very clean animals that spend a lot of time grooming and washing their bodies.

When obtained young, some possums become very tame, although you should not consider it a pet.

They are not vocal but amazingly quiet. These animals will purr to their young and hiss and growl when angry.

They have almost no natural enemies, but still, when in danger, they prefer to run, hide, and climb as a defense than fight.

Mostly, possums have a placid nature and usually avoid all confrontations with other species and humans.

However, they might be considered to be dangerous because they carry a wide variety of harmful germs and pathogens that cause diseases. While rare, there’s a possibility of transmission of some diseases to humans and pets through direct contact. Some of the diseases include tuberculosis, leptospirosis, spotted fever, coccidiosis, tularemia, toxoplasmosis, and others.

Thus, when these marsupials invade urban environments, they pose serious health threat to people and pets.

Opossums are attracted to people’s houses and yards to search for food and water. They will also look for places where they’re able to set up dens, for example beneath porches, in attics, or in storage sheds.

If you are having issues with an opossum in your home, it’s recommended to contact a professional wildlife company to help you get rid of this creature. Our highly qualified team at Peachtree Pest Control in Atlanta, GA, is able to safely and humanely trap and remove the opossum, and relocate it where it’s going to thrive.

Stop sharing your home with an opossum, call us today! 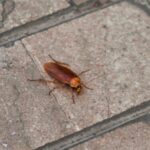 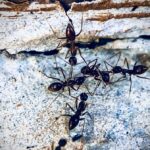 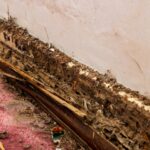 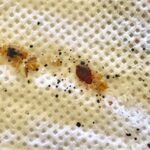 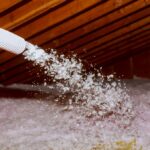