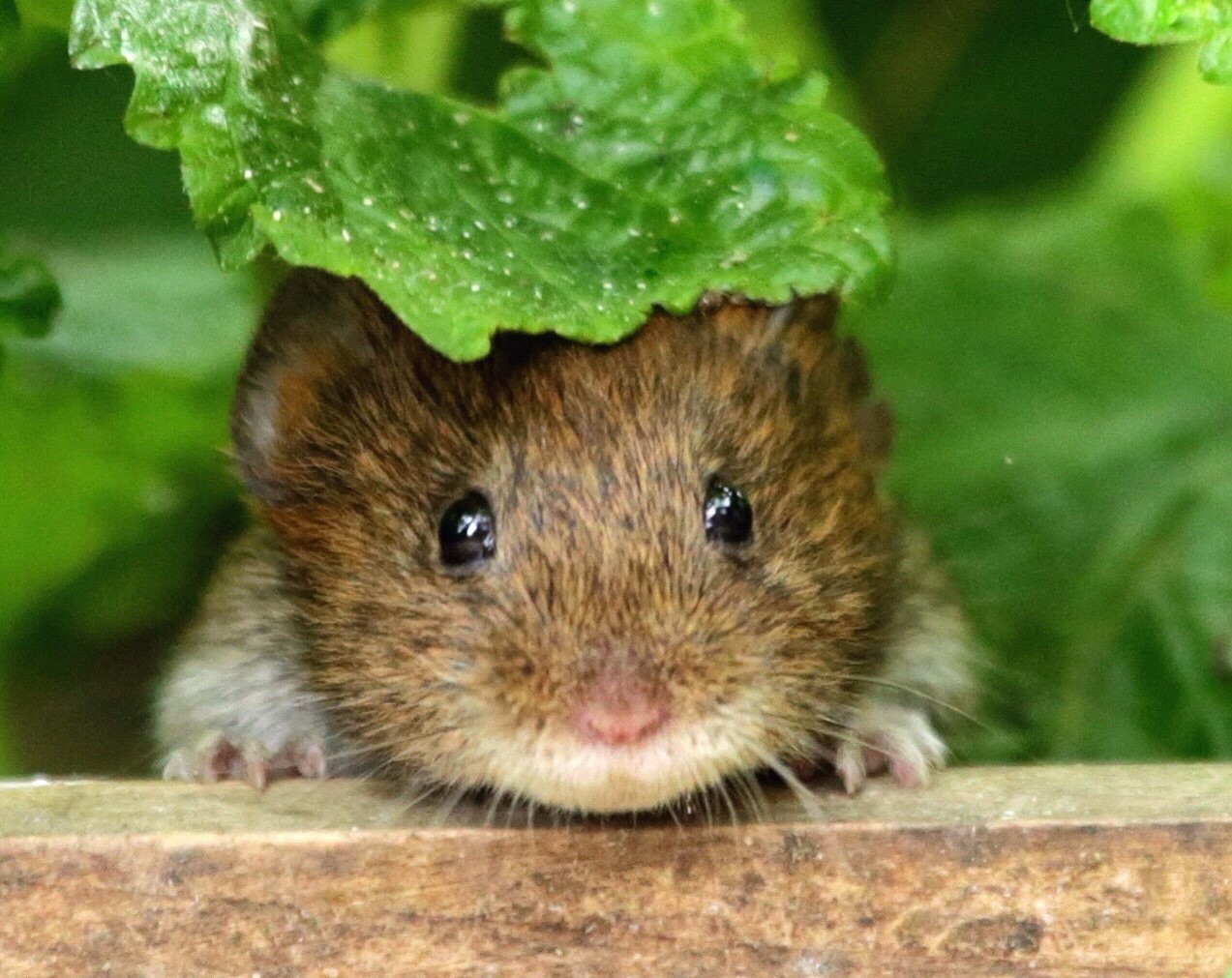 A common rodent that can be causing serious damage to your lawns is a vole, also known as a meadow or field mouse. This small rodent can become a big problem, especially when it has the opportunity to breed in your yard.

Even if you have a simple yard with a small grass lawn area, the vole family will still happily settle in. The grass roots are what they need to get enough food from, thus, they will vigorously dig their holes in the soil.

Voles will start ruining your lawn and wreaking havoc on plants, vegetables, and young fruit trees. This is terribly frustrating as voles can do a great amount of damage to the grass surrounding the flower beds while circling around them and sniffing out the bulbs.

Another annoying fact is that voles don’t even eat the grass blades in full. They will just eat off the base and roots of the grass, leaving the remaining parts to rot on the ground. So, if you happen to see even a small area where the grass is damaged or dead, this can be a clear sign of voles trying to ruin your lawn.

As eating your grass wouldn’t be enough, when their colonies multiply, voles will expand their tunnels in all parts of the yard. These tunnels are loose to the surface of the soil, even though they’re subterranean, which will result in quick and evident damage to the entire yard.

It can be easy to notice the extensive system of tunnels formed by voles as it’s usually visible from above in places where the ground is breaking and falling apart.

In winter, this can be particularly devastating for the yard structure as it’s covered with snow and the voles have the freedom to dig under the snow without being interrupted and noticed by their predators (e.g. foxes, owls, or cats).

Do Voles Come Out in Winter?

Voles are most active throughout winter. As a result, severe gnaw and girdling damage to lawns, plants, and trees usually occur during the winter months. When the temperatures drop, it’s more frequent for voles to nest and live in larger groupings or clusters, and it’s more likely that they move widely under the snow.

Thus, it’s particularly important to control vole activity in the yard in winter. This is the time when these rodents are the most vulnerable to weather and in need of food and shelter.

These winter-active animals become the most harmful when there’s plenty of snow because they have a great opportunity to dig tunnels under the snow to feed on their favorite vegetation.

On the other hand, a mild winter without lasting snow will leave the lawns exposed, which will considerably reduce voles’ activity without the protection provided by the snow.

One easy method to discourage voles is to walk all around affected plants and trees to push the snow down. This will create a barrier of hardened snow that voles will have a hard time breaking through. 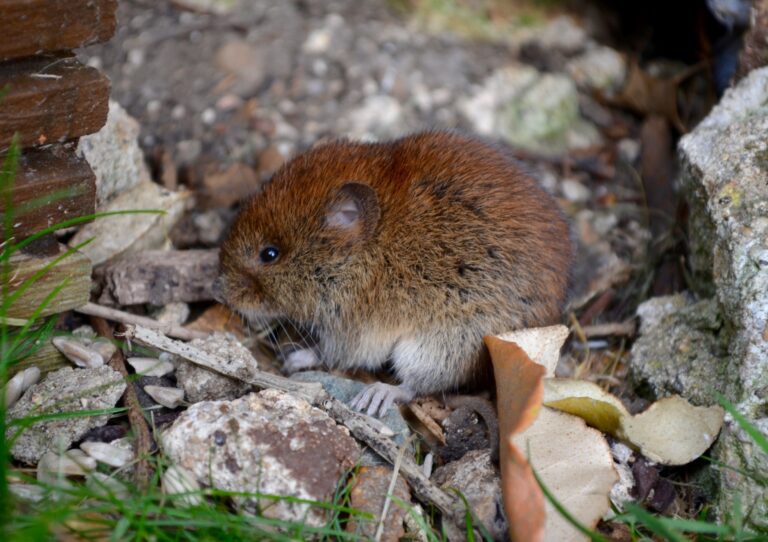 What Do Voles Do and Eat in Winter?

Voles, similarly to other rodents, don’t hibernate during the winter. They rather feed, enjoy the freedom to move around under the insulating snow blanket, and stay warm in their cozy tunnels under the snow, safe from cold and predators.

Voles are mostly herbivorous, and because they are poor climbers, they feed mainly on the roots of a variety of grasses, herbaceous plants, bulbs, and root vegetables, causing your plants to slowly die. Winter months are the time of year when voles must diversify their diet the most as there is a shortage of food.

During this time they usually start consuming the bark and roots of trees and shrubs, grubs in the lawn, or any winter vegetable or root that you might have sown below the ground for the spring. They also prey on any insect they can catch and even dead animals!

They like to store their seeds or different plant matter in burrows made underground.

Voles are active all the time, you will see them scurrying about once in a while. But usually, you will only see their trails as they spend most of their time underground in their tunnel systems. Thus, it is best to search for tracks in grass and snow.

The clearest sign of vole presence are the tunnels they create when they move around to eat grass and other plants. These tunnels are runways that are above the ground and visibly well-traveled.

They are often connected by many small burrow openings (about 1-1/2 to 2 inches in diameter) that are their starting and ending points, which indicates where the voles have dug underground. The runways are usually hidden by a protective layer of grass or other ground covers.

Voles dig multiple, short, shallow (usually about 2 inches) burrows, and build underground nests of grass, leaves, and stems. During the winter, voles burrow themselves in the snow and come to the surface through the snow.

What to Do About Voles in Your Yard?

The best way to prevent voles from ruining your lawns and eating your plant roots is to keep them out of the yard.

You might consider fencing in your yard where mesh fencing would be the best option to use.

During the winter months when food is scarce for voles, create a gap between the mulch and the trees to protect the tree bark from being eaten.

However, if voles have already had the chance to invade your lawn and yard, it’s necessary to take steps to get them out.

Catching these rodents is probably the most affordable way, but unfortunately, there aren’t many other DIY options that can effectively eliminate voles from your garden and lawn.

Thus, the best option is to contact a professional pest and wildlife control company, such as Peachtree Pest Control in Atlanta, to help get rid of the voles that are ruining your lawns in the wintertime.

Our exterminators are experienced and knowledgeable about voles’ habits and diet and will know the best ways to humanely eliminate these destructive rodents from your property.

So, if you suspect you have a vole problem, don’t hesitate to contact us today!

admin
Previous Post How Do You Know if You Have Bats in Your Chimney? Next Post Can Chipmunks Chew Through Drywall? 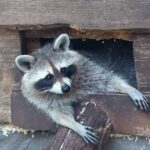 Does Loud Music Scare Raccoons Out Of Attic? 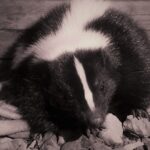 Are There Baby Skunks Living Under My House? 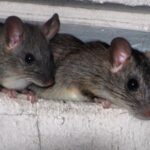 Are Rat Droppings in Attic Dangerous? 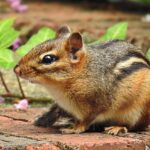 Can Chipmunks Chew Through Drywall?